© San Damiano Leuven
The city of Leuven is remarkable for its cultural diversity, including various religious groups such as the San Damiano community.

The city of Leuven is remarkable for its cultural diversity. Along with the arrival of various confessors of faith, many unities and communities form. These organizations are mostly unknown to the broader public, partially due to the need for subtle tone required for the discussion of spiritual matters and partially due to the community’s information policy. However, some do not mind sharing and telling our readers about themselves, such as the San Damiano community. The Voice contacted three representatives from this community: Eleanor, a PhD student in German philosophy volunteering within the community (organizational issues and musical service at St. Quentin church); Gerard, a student at the Faculty of Science and one of the leaders in the community; and Father Filip, currently serving in John XXIII seminary (Lemmensberg 1).

What? - What is San Damiano?

Eleanor explained that “San Damiano is a religious project within the university campus under a religious congregation called Tibériade.” After the Second Vatican Council (1962-1965) the religious youth movements started to evolve. One of them was the fraternity of Tibériade (founded in 1970 by brother Marc). Father Filip also pointed out that the San Damiano prayer group of Leuven was created in 1998. Back then, being a history student, he was one of the first members of the very first San Damiano group. “The name “San Damiano'' comes from the San Damiano cross, situated in Assisi. According to the legend, Saint Francis received the conversion when he was feeling lost in his life. He felt the real grace coming from the icon cross and this caused his conversion. The whole symbolism of this story lies in our eternal wonder: what to do with our lives”, shared Father Filip.

Where? - Historically, geographically and conceptually

The Tibériade fraternity has several foundations across the world including Belgium, Lithuania, Philippines and Congo. The Belgian branch is situated in Lavaux-Sainte-Anne (Namur province). Currently there are three communities specifically created for the youth (teenagers, students and young families): San Damiano Youth, San Damiano prayer groups and San Damiano Student Houses, located in Brussels, Leuven, Louvain-la-Neuve and Namur. In Leuven this student community is located within the Leo XIII seminary (Tiensestraat 112), where some members aspire to live according to the norms and guidelines of the fraternity. So, the cooperation between the Tibériade fraternity and Leo XIII seminary was conceived and is of utmost importance.

Now that we have established the geographical frames, let’s move on to the field not restrained by physical boundaries, that is, the spiritual fundamentals and system of beliefs behind the religious organization. Tibériade has two role models. The first one roots deep into Franciscan tradition. Its founder, Saint Francis of Assisi populated the term of “Christian living” with the ideas of simplicity, spiritual poverty and strong connection with nature.  The second model evolves from the living of Saint Thérèse of Lisieux (sometimes called “of the Child Jesus” or “the Little Flower”). She is known for her spirituality and attention to accomplish even the tiniest, the simplest actions with the great love. One of her most famous sayings is “Even if you are just picking up a tiny needle on the floor, if you are doing this with great love then you are already a saint because you are doing it with the great love of God”. Hence “the members of San Damiano try to embody the spiritual poverty of St. Francis as well as the contemplative spirit love for God St. Theresa”, said Eleanor, who spent a week with religious sisters at Tibériade. During this retreat she devoted time to studying the Bible, silent contemplation and discussions with a spiritual advisor. Father Filip added that despite the special focus on young families and students, the community is welcoming “all the people, who want to open their heart for Christ and strive to grow in spirit.”

How? - How do the members embody the community’s values on a daily basis?

Gerard shared: “My day follows the routine of a typical student's day.” He pointed out that despite being a conscious believer, one should also succeed in daily life, academia and work. Before the COVID- 19 outbreak members of San Damiano would have a 7 a.m. prayer in Dutch, which they currently strive to conduct in an online format. For Eleanor, a “before quarantine” day would begin with this morning prayer, next the communal breakfast would follow. Furthermore, she typically organizes daily online focus sessions to motivate friends to study. Previously San Damiano members would take turns to cook for the entire community every evening, but according to recent restrictions students are not allowed to cook together. The solution has been to order dinner and enjoy it at a safe distance. A typical day at San Damiano is a mixture of prayer and social time, explained Eleanor.

When? - When to participate, meet the members, ask questions, etc.?

The San Damiano community is home to talented people of all nationalities and backgrounds. For instance, Gerard plays the guitar, so he can provide the musical accompaniment for Psalm songs, and Eleanor is a musician: serving the choir during mass celebration, playing piano, organ and harp. She even organizes chamber harp concerts in retirement homes. So, it is not surprising for the community to play a crucial role in a special night prayer, called “Nightfever”.

In May 2014, a group of European students belonging to the Emmanuel community (Catholic) arrived in Leuven to spend a week of evangelization. The prayer evening or, how it was called: “The evening of mercy” was held in Saint Anthony chapel situated at Pater Damiaanplein. Father Filip was invited to join. “We had such a joy, such a warm feeling about this event, so we decided to organize this event again”, he shared. Once set, it was shortly executed in September 2014. From then on, it is held monthly on the fourth Thursday.

Nightfever combines common prayer, Eucharist adoration and street evangelization. The essence of the event remains the same: prayer, contemplation and music come together marking the sublimity in a tranquil manner. Furthermore, new means of spreading joy and sharing are being freely implemented. For instance, the monstrance - shaped GPS - drawing recently made by the participants. It is worth noting that in November 2020 the 75th common prayer took place. “Nightfever can be like heaven, where one can come to rest and discover that he/she is loved by God”, said Father Filip. 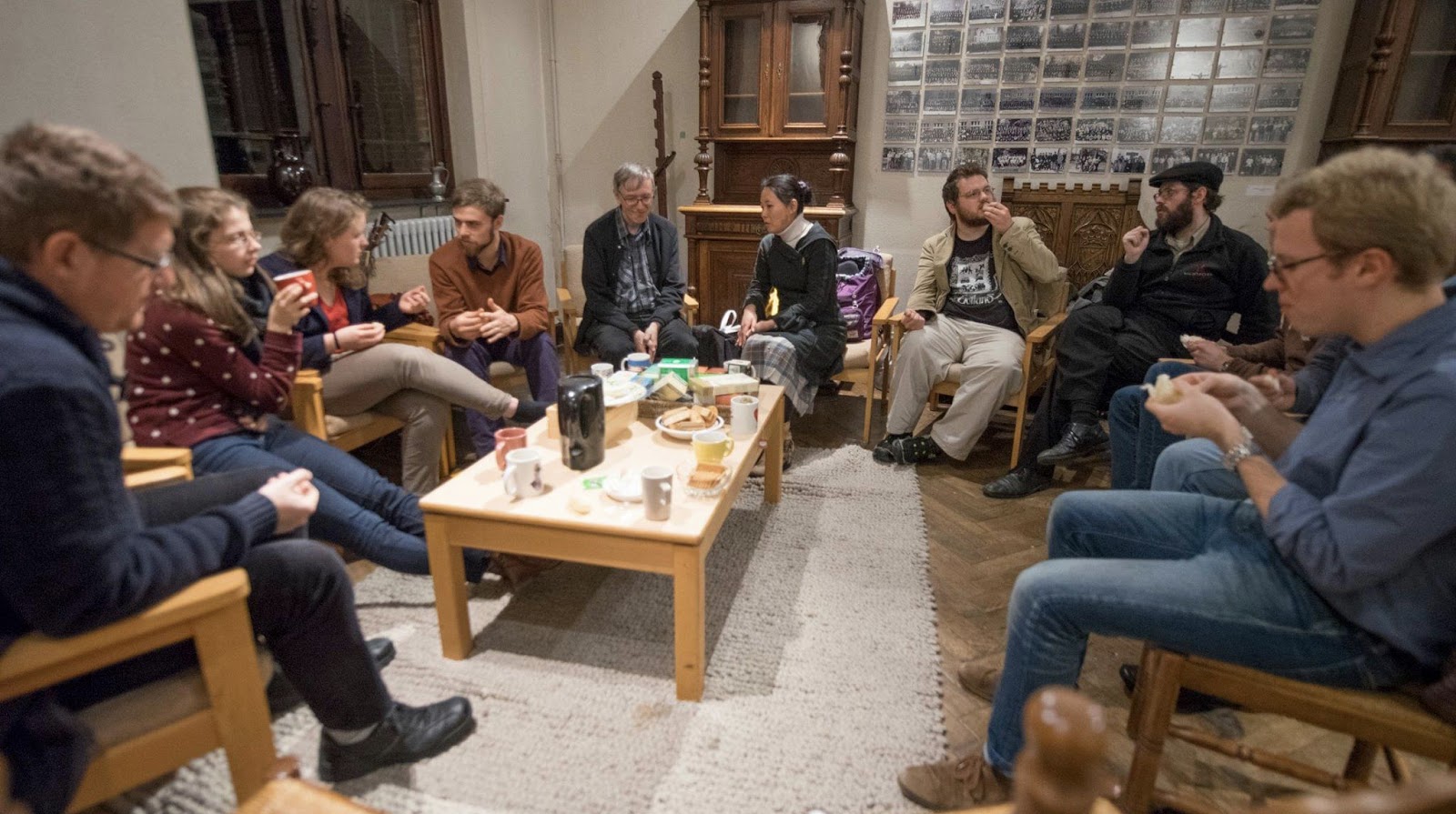 The four key questions of “what”, “where”, “how” and “when” have been covered, but the topic is not yet fully exhausted. Therefore, the reader is welcome to conduct further investigation to fulfil their curiosity. All the questions are welcome, via messenger or email.  Gerard invites all who are curious to visit the Tibériade fraternity website for the general information. As for Leuven community life updates, the Facebook page would represent the best platform for the purpose.  For the inquiries about Nightfever, send an email to the organising team, nightfever.leuven@gmail.com

For submissions or applications

'Student visas are proof that you have money'